NOTICE: Internet Explorer was retired by Microsoft on June 15th, 2022 and is no longer supported. This could change how you access Online Banking.

You are now leaving WesBanco’s website and will be redirected to another site. WesBanco makes no endorsement or claims about the accuracy or content of information contained within third party sites to which you may be going. The security and privacy policies on these sites may be different from WesBanco.

NOTE: Please read this entire disclosure and click “Accept” at the bottom to proceed.

This statement asks for your consent so that we can provide communications and information to you in an electronic format rather than in paper format. Before you decide whether or not you wish to provide your consent to receiving electronic disclosures, you should read and consider the following information. Then, if you decide to consent, you can click the “Accept” button confirming you have read and agreed to the terms of this disclosure. For your consent to be effective, your computer and browser will need to meet the hardware and software requirements discussed below.

This statement contains important information that we are required by law to provide to you. You should keep a copy for your records. If you have any questions about these disclosures that are not answered, feel free to communicate with us using any of the following contacts:

If you consent, we will also provide you agreements and other disclosures in an electronic format. These disclosures may include but are not limited to the following:

1. How to Obtain Electronic Disclosures (E-Disclosures)

If any amendment(s) to this or other agreements result in an adverse effect upon our customers, we will provide at least 30 days prior notice through a secure online message and/or external email alert.

We may also send you an external email notice and/or secure message through the Service to inform you where other important disclosures can be viewed on our website or within the Service.

Prior to accepting the electronic delivery of disclosures, you should verify that you have the required hardware and software necessary to access the system and retrieve documents and disclosures in an electronic format.

We may revise hardware and software requirements from time-to-time. If there is a material chance that the changes may impact your ability to access the system or E-disclosures, we will notify you of these changes thirty (30) days in advance. At that time, you will be given an opportunity to change the format of your disclosures (e.g. change from an electronic format to paper format) without the imposition of any fees.

If you consent to receive E-disclosures and later change your mind, you may withdraw your consent and change to paper delivery format.

You can notify us of your intent to cancel E-disclosures by sending us a secure message through the Service, or by contacting us through any of the methods listed above.

If you send us a secure message or write us a letter, please be sure to identify yourself and the applicable accounts.

If you have agreed to receive electronic-only account statements, you can “opt-out” on the “Change Document Delivery Method” page within the Documents section in the Service. After your opt-out request is processed, you will begin receiving paper copies of account statements and additional charges may apply.

In order to provide E-disclosures, we must maintain current customer email address at all times. It is your sole responsibility to provide us with your correct contact information, including your email address.

5. Proceed with Acceptance of E-Disclosures

With your acceptance, you agree to accept the Overdraft Services Consent Disclosure and other related account disclosures in an electronic format. You also agree that you have the necessary equipment for accessing and viewing the disclosures and you agree to notify us if you change your email address or if you no longer want to receive disclosures electronically.

If you do not want E-disclosures, do not checkmark the box confirming that you agree to the terms within the account opening process. If you do not accept E-disclosures you will not be able to continue with establishing your account relationship online.

From your perspective, using credit means being able to pay for things you want or need when you don’t have enough cash to cover the purchase, or don’t want to pay in full all at once.

Your part of the bargain is repaying the lender the amount of money you’ve borrowed, plus interest, calculated as a percentage of the amount you owe.

Loans and credit cards are the types of credit most people use most often. Loans, which let you borrow a lump sum of money, have a longer history. But credit cards, which give you revolving access to a fixed amount of money, called your credit limit, have become a way of life for a majority of people. Revolving access means that as soon as you repay an amount you’ve borrowed, you can use it again.

Creditors are willing, and often eager, to advance you the principal, or the money you use, because they collect a fee, called a finance charge, as you repay. Creditors figure the finance charge by adding a percentage of the principal to the amount you owe.

The percentage, called the interest rate, varies, depending on the type of credit you’re using and the amount of competition the creditor has in attracting your business. It’s often linked to the interest rates that are current in the economy at large, particularly the prime rate, which lenders use as a benchmark rate. In general, though, finance charges on credit cards are figured at a higher—sometimes much higher—rate than those on many loans.

Other factors influence the finance charges you pay, including your credit reputation or assumptions a potential creditor makes about you. If a creditor believes there’s a risk that you may default, or fail to repay, the rate you’ll have to pay for credit may be higher than someone who seems to pose less risk.

Credit has enabled many people to live better by paying for goods or services as part of their regular living expenses rather than having to wait until they could afford to make the purchase. It’s more available today to a broader range of people than it was in the past.

In fact, the majority of Americans use credit in one form or another: about 78% of US households have credit cards, most people who buy homes have a mortgage loan, and about 60% of college students (or their parents) use loans to help them pay tuition and other expenses.

But credit does have a downside. Although many people use credit wisely, some end up owing more than they are able to repay. It may be because they have lost their jobs or are burdened by major medical expenses. It may be that they’ve been unrealistic about what they can afford to charge, or that they don’t realize how deeply in debt they are. Whatever the reason, the consequences are costly and put access to future credit at risk.

Two parties are involved in making credit work, the consumer, or user of credit, and the creditor, or supplier of credit. And unless you have informal arrangements with family or friends, getting credit usually involves an agreement you make with a financial institution such as a bank or a credit union.

Customarily, the partners agree on the amount of credit available and the conditions under which it will be repaid, as well as the fee the creditor will the charge for advancing the money. Since credit is a common phenomenon, those agreements are generally standardized. But that doesn’t mean that some credit arrangements won’t work better for you than others.

It’s important to understand the details, especially what the credit will cost, and to do comparison shopping for the best terms. After all, any creditor you apply to will check to see whether you’re a good risk before making money available to you.

Arthur Morris originated the installment loan. His Morris Plan, the first to make credit available to the average citizen, began in 1916 despite common wisdom that lending money to working people was doomed to failure. Over 100 years later, it’s hard to imagine how the American economy could function without credit.

Legitimate credit providers are regulated by the US government and the states where they operate. The laws, which have evolved over time, require the lenders to offer credit on an equal basis, disclose credit terms and conditions, and avoid unfair and deceptive practices, including hidden fees and unreasonable expenses.

The law also governs liability for unauthorized use of your credit card and details procedures for resolving billing errors and other disputes.

However, it’s your responsibility to read the small print that explains credit’s terms and conditions and to safeguard your personal information so that unauthorized people can’t use your accounts.

While we hope you find this content useful, it is only intended to serve as a starting point. Your next step is to speak with a qualified, licensed professional who can provide advice tailored to your individual circumstances. Nothing in this article, nor in any associated resources, should be construed as financial or legal advice. Furthermore, while we have made good faith efforts to ensure that the information presented was correct as of the date the content was prepared, we are unable to guarantee that it remains accurate today.

Find a Location Near You!

WesBanco operates branches and offices in 8 states. Over the past decade, we have built a national reputation as a safe, sound and profitable bank holding company that always strives to do better by its customers. 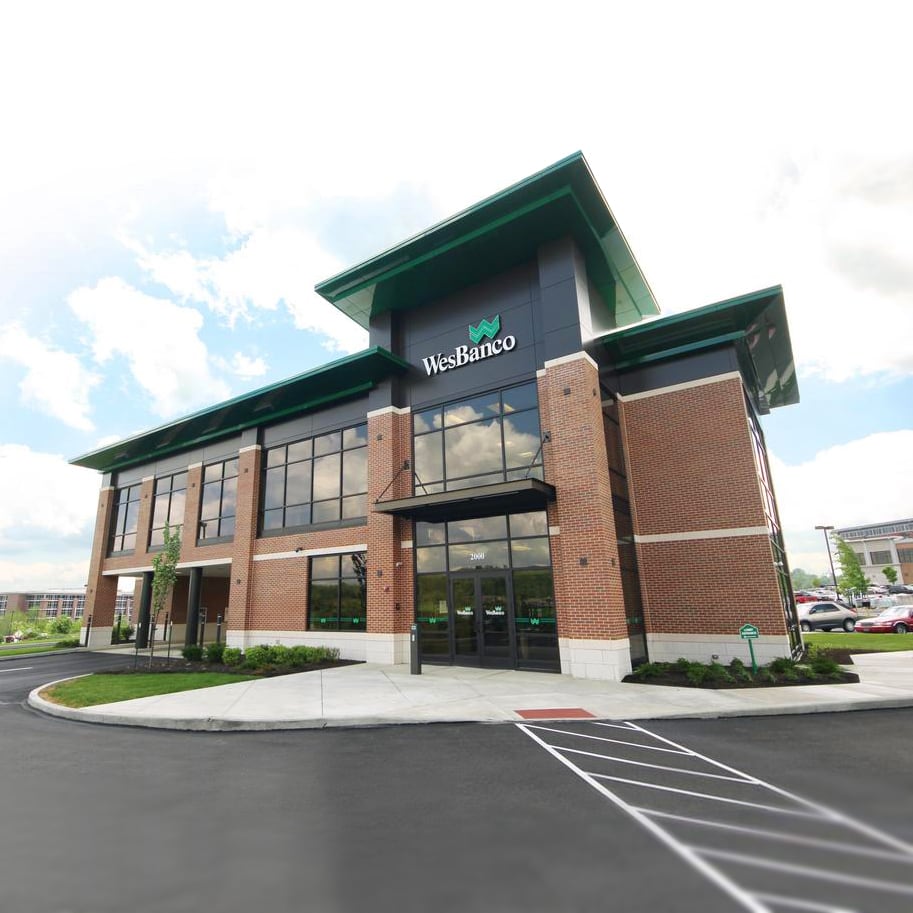